The political ecology of the Livestock Revolution

“Sustainable development is development that meets the needs of the present without compromising the ability of future generations to meet their own needs.”
This is limited to future generations of human animals, of course. Where are the other animals? Have you ever thought about including them in the equation? Whatwould such a definition look like? This thesis sets out to answer these questions in three steps through empirical discourse analysis and theoretical inquiry.

The first step consists of analyzing the representation of nonhuman animals in the sustainability discourse from 1987 until today. It can be argued that reflections from an animal rights standpoint, and thus the interests of nonhuman animals, have barely been integrated into the definitions and declarations of, or studies and campaigns on, sustainability. Yet, a change can be observed recently: suddenly, nonhuman animals pop up in the discourse. But, then again, not as “animal selves with inviolable rights” (Kymlicka and Donaldson), but as commoditized, dead objects of human exploitation (e.g., as “meat”) – namely, among others, in the anthropocentric argument that the consumption of animal products can be held responsible for up to 51% of the global emissions of greenhouse gases. Notably, these studies call for technological enhancement and increased efficiency in the animal industrial complex (Noske), not for its abolition.

Second, this discursive shift is investigated using Critical Theory of the early Frankfurt School, claiming that the lack of questioning of the hierarchical and exploitive human-animal relationship in these propagated solutions following ecological modernization theory shows the speciesist character of mainstream definitions of sustainability which, dominated by instrumental rationality and the capitalist growth imperative, turn a blind eye to an ecological catastrophe – even in the age of the Anthropocene and ecological overshoot.

The third step is an endeavor to develop a new, non-speciesist definition of sustainability that takes into account the interests of all sentient beings – for a truly “common future.” For Critical Theory, the domination of nature also always includes the domination over human nature. The constant human self-domination, the negation of being part of nature and thus distancing the human self from all other animalsis constitutive for the construction of the “civilized”, “rational” (male) human subject. This process of othering legitimizes the discrimination and (industrial) annihilation of all nonhuman animals and animalized humans (Wolfe). According to Horkheimer and Adorno, the self-destructing spell of dominating nature can only be broken through the recognition of universal suffering, through “the remembrance of nature within the subject” and thus reconciliation and empathy with nature. Building on Critical Theory, how could such a reconciled future based on the so-called “solidarity of life” be conceived practically and still remain in accordance with strong ecological and social sustainability? 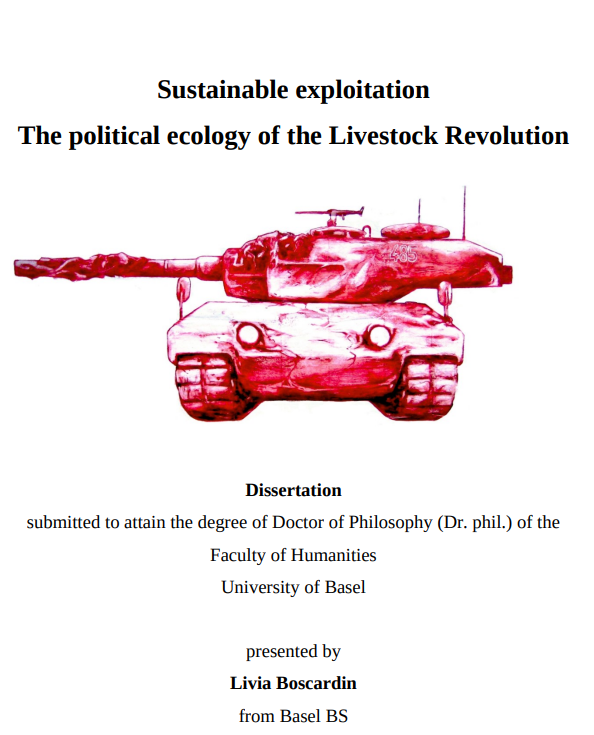